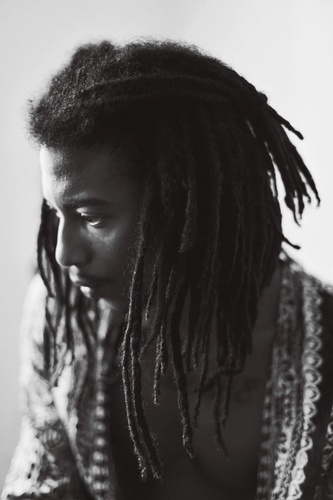 Event Description:
Park nearby and arrive early to choose the best spot to enjoy the concert. Stroll down the tree-lined path to the spacious front lawn~Spread out bayside with your picnic, cooler, folding chairs or a blanket AND prepare to enjoy an evening of Motown, soul and reggae music performed by Marquise Fair.

Marquise Fair found his love for music as a five-year-old singing Gospel songs in his mother’s church. He was heavily influenced by Motown and Bob Marley while growing up and began performing on stage at age 20 with a used guitar he taught himself to play.
Independent producer and drummer, David Wheren, invited Marquise to work under him in Switzerland in 2013, and he has been playing music professionally in Europe and the U.S. ever since. He finished recording his first album with David in 2015, and his latest release entitled “One Race” has aired on television and radio in Switzerland. He competed on American Idol in 2018 and was one of 169 contestants to make it to Hollywood.
Marquise currently performs in Miami, singing original songs and soul, blues, Motown and reggae classics.
Location:
The Barnacle Historic State Park
3485 Main Highway Coconut Grove, Fl. 33133
Date/Time Information:
Gates open at 6PM Concert begins at 7:00PM
Purchase tickets at the gate beginning at 6 p.m. on Saturday, October 12, and enjoy a performance by Miami-born singer/songwriter, Marquise Fair, from 7 p.m. to 9 p.m. Admission is $10 for adults, $8 for members of The Barnacle Society, $3 for children ages 6 to 9, and free for children under 6.